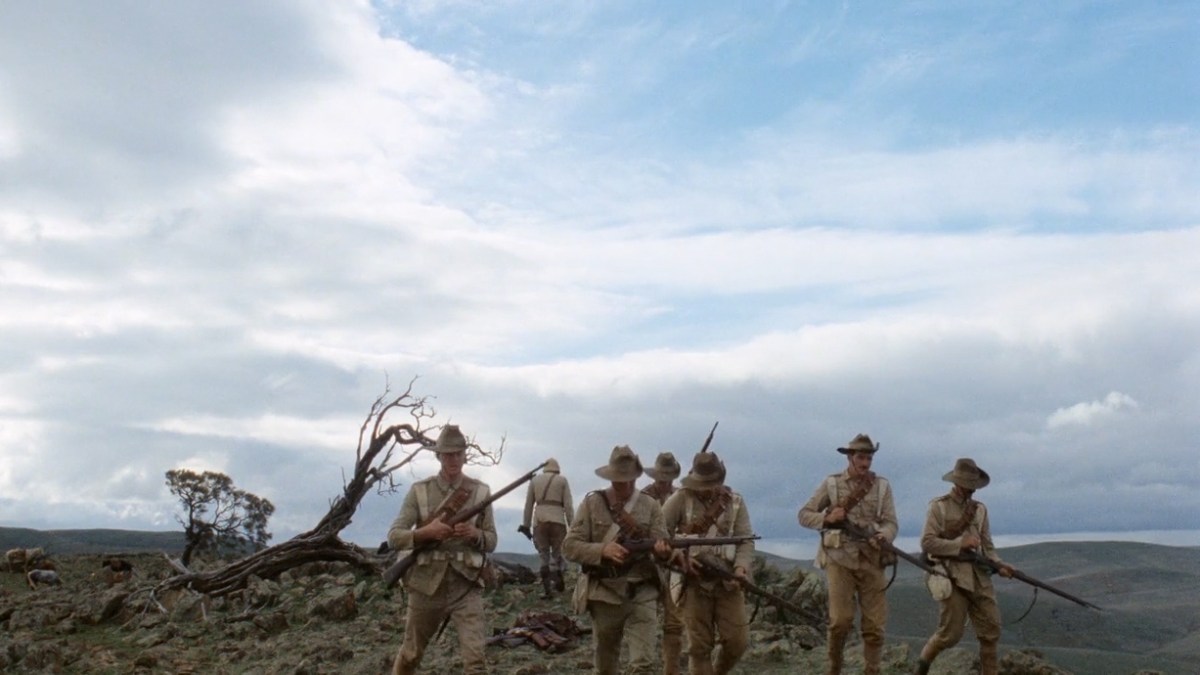 I am going through titles on the new VUniverse App and giving ratings to some and then it’s funny I search and find others that I may have completely forgotten about. Doing that – I started a new Watch List (you will understand when you enroll) called “To Re-Watch List” … meaning movies I loved so much but saw so long ago that I think I should see them again .. Breaker Morant is one of those films:

My older brother loves History. War movies were a particular favorite of his. So if you grew up in a large family, you will know this next truism when I say it, …. you always watch what the Oldest sibling dictates, no questions, no mutiny’s, no pouting or you were cast out of the room.

So Breaker Morant was one of those films, you watched it because your sibling made you and it was ‘what was on’ in a one TV household in the middle of nowhere Virginia, one of the places we got to call home as we moved around the Eastern Seaboard. So that is today’s trailer! Made it to the “re-watch list” and maybe it will make it to the “This Holds Up” List. hahaha We shall see –

And this is the scene that always stuck with me, NAILED the ending. Morant declares he is a pagan and then has his epitaph be a quote from the Bible Matthew 10:36 “

Sentry: Do you want the padre?

Harry Morant: No, thank you. I’m a pagan.

Harry Morant: Well… it’s somebody who doesn’t believe there’s a divine being dispensing justice to mankind.

Peter Handcock: I’m a pagan, too.

Harry Morant: There is an epitaph I’d like: Matthew 10:36. Well, Peter… this is what comes of ’empire building.’

Minister: “And a man’s foes shall be they of his own household.”

stay in the loop

Atonement, Plus Pride & Prejudice: A Knight for Kiera Knightly

Movie Fan? Streaming Fan? Us too!

The GTAs recognize the trailers, posters, innovative concepts and the ideas driving the movie industry. These have become as anticipated and revered as the movies themselves.
www.goldentrailer.com