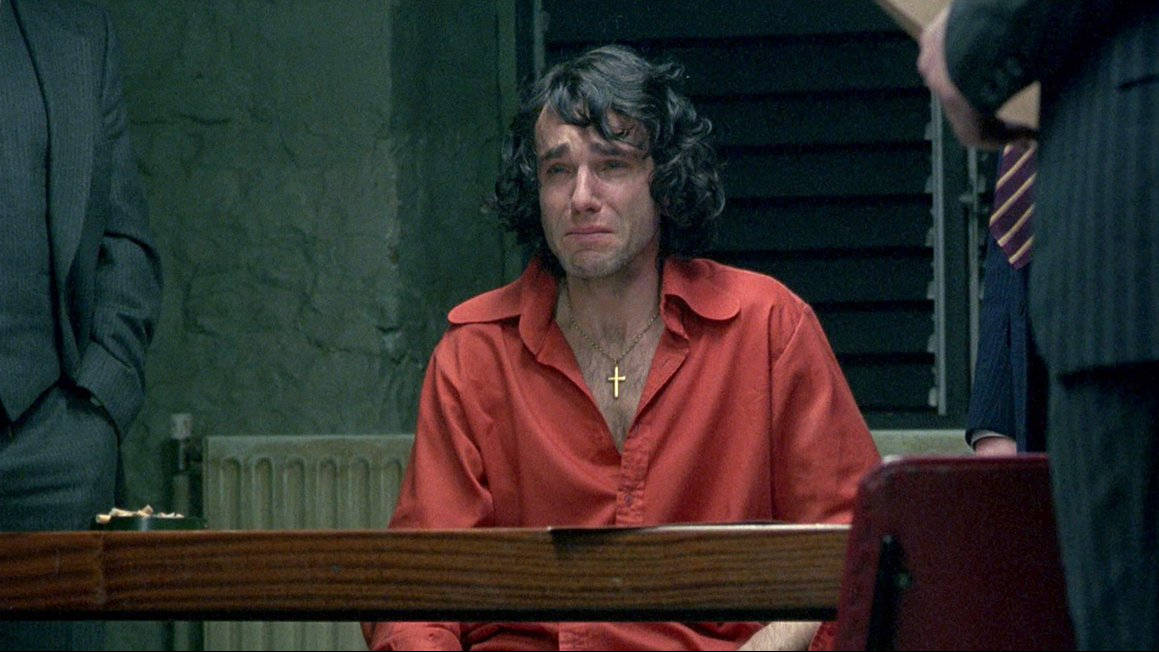 I love to yell that at my friends when they’re super hungover. If you are hungover from your self-quarantine party and you’re reading this (or trying to) these trailers are NOT fit for you today. We’re getting into the deep, dramatic Irish trailers today. If you’re sticking with us, grab some french fries and a soft bean burrito (best hangover food EVER btw)– we’re diving in.

A British soldier kidnapped by the IRA. The Crying Game gets REAL. Who doesn’t love a good plot twist? Fun fact: at the time it was such a shocker that the distributor had to make a public request for fellow movie goers not to give it away to the next group! No one likes a spoiler.

The Crying Game Trailer from Daily Trailer! on Vimeo.

There really should’ve been someone there to teach these actors about gun safety, cause I see a lot of people in this trailer just waving those guns around like they’re props. Where’s that actor awareness training when you need it?!

Funny thing about this movie is M1 saw it in the theater and says it was one of the first times she realized how deep her love of trailers was. Sitting there in the seats (not being the best driver in the world) she says, “Oh, I know why the car was beeping at me– I left the lights on!” to which her cousin James said, “What? You have to go turn those off or it will drain the battery.” She replied, “Eh, someone will jump it for us.. I don’t want to miss the trailers.” True story.. and yes, the battery was dead and yes someone did come to their assistance! She didn’t miss one trailer.

Daniel Day Lewis comes back to Daily Trailer two days in a row!!! We love him. Wish we could see more of him. We’ve got the Lincoln trailer in one of our old posts if you still want some more DDL goodness today.

In The Name of The Father is one that, I have to admit, I haven’t seen. However, the trailer is edited perfectly to give you all the right flavors of this film– I’m watching it tonight, don’t worry. A true story about a man falsely accused of an IRA bombing and the legal battle to clear his name. Sold.

In the Name of the Father Trailer from Daily Trailer! on Vimeo.

For them to throw Pride by U2 into this trailer was WAY too easy. But we all secretly love cheesy aspects in film and television, don’t deny it.

stay in the loop

Movie Fan? Streaming Fan? Us too!

The World Trailer Awards honors the world's best creatives who are marketing the world's best entertainment. There will be 32 Categories in each of the 7 Regions around the World! Enter today at:
Www.worldtrailerawards.net